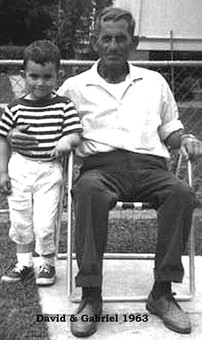 Painting has enthralled me since I was a young student studying with nationally known artists Robert Stanley and Nick Ruggieri. I remained focused on art and design throughout high school, and I studied art at The Rhode Island School of Design, The Maryland Institute, and The Savannah College of Art & Design, where I earned my MFA. I continue to revel in the power of a brushstroke and the transformational impact of making paintings.
My work captures my passion for landscape and atmospheric effect, as inspired by my Italian grandfather, Gabriel. I use the painting signature "Gabriel" as a dedication to the enduring affects of my Italian grandfather on his interest in nature and appreciation of the world around him. My signature appears on the back of each canvas.
My paintings are classic realism and they are honed under a focused studio process and my goal of capturing a specific moment of solitude surrounded in nature aligns with the Romantic tradition.
I exhibit nationally and am proud to be in collections throughout the United States.

My work as a painter and a freelance designer has involved local shows, workshops, adult classes, teaching at Independent high schools, and community colleges. I continue to teach adult and student classes and workshops and enjoy learning with my classes.

Publications: Institutional and private collections throughout the United States and England.